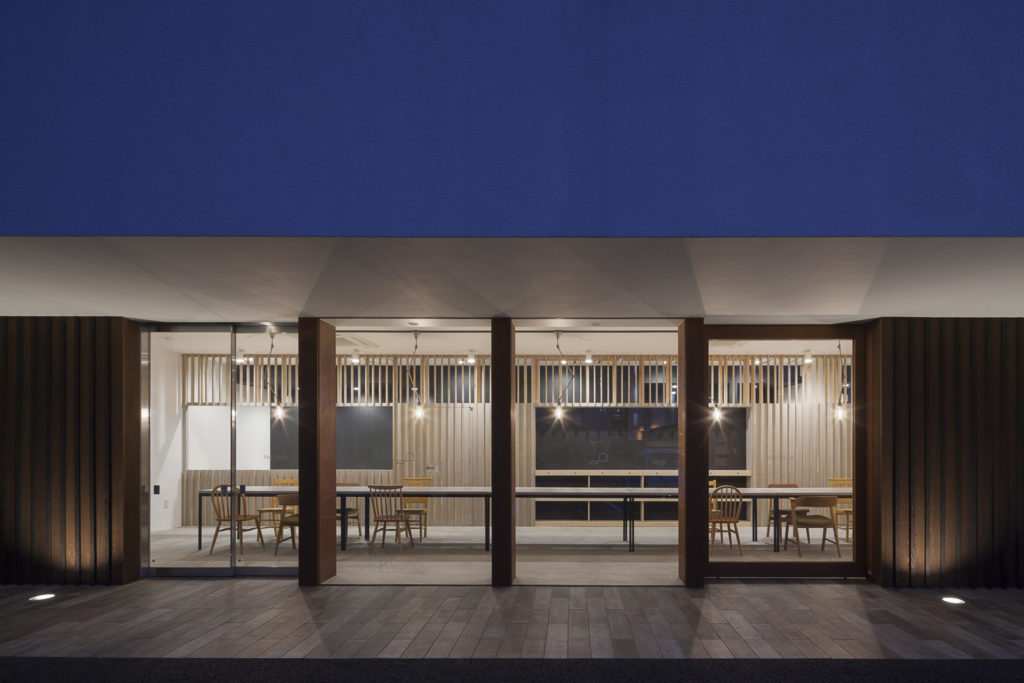 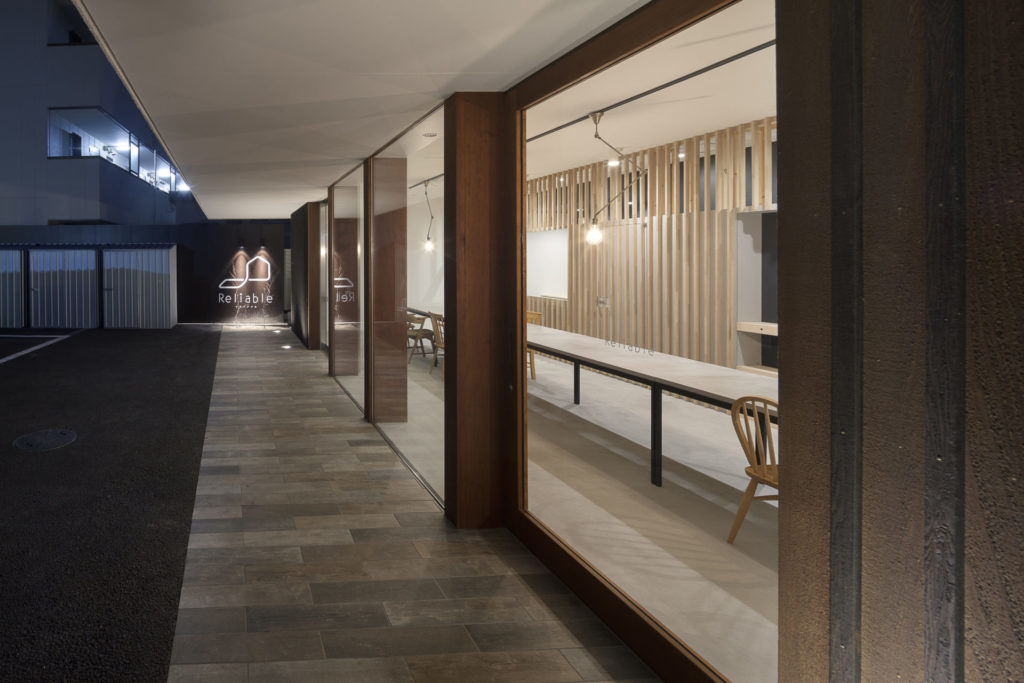 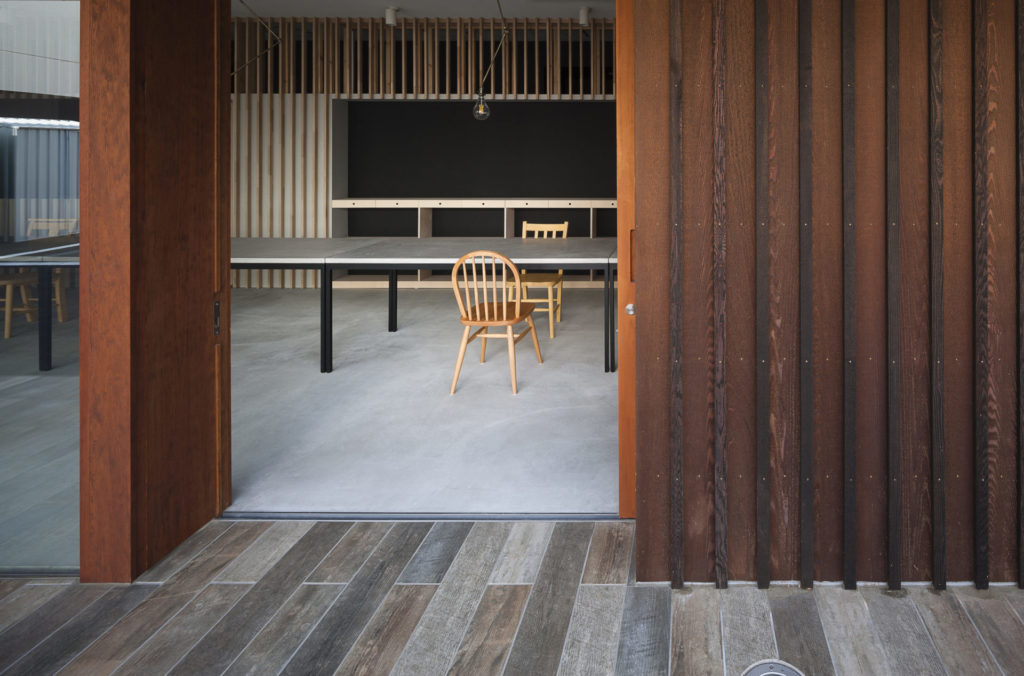 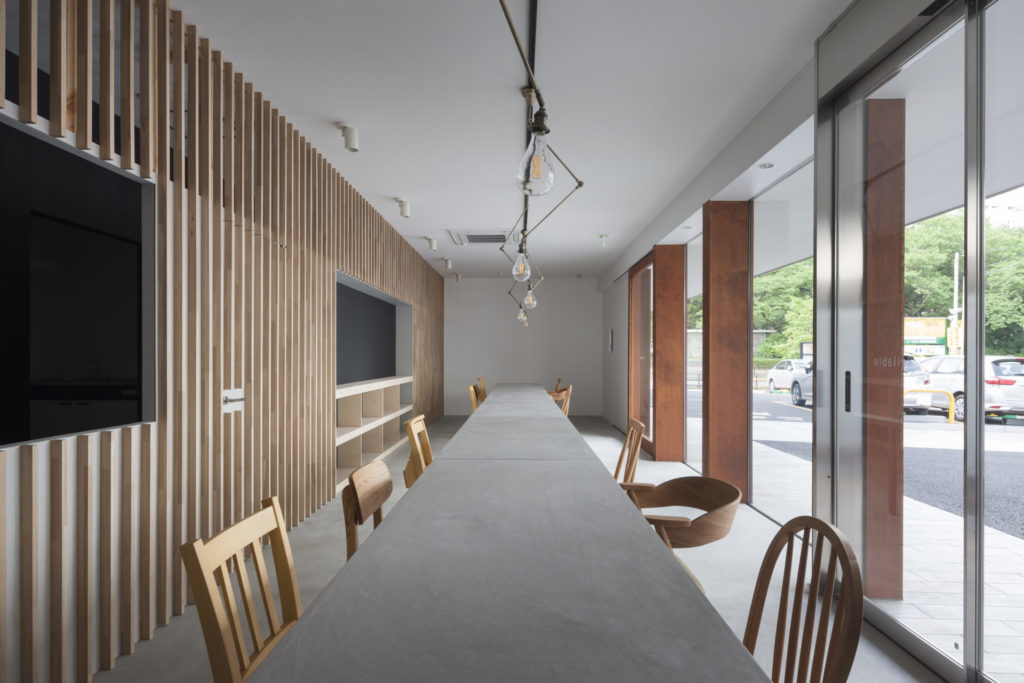 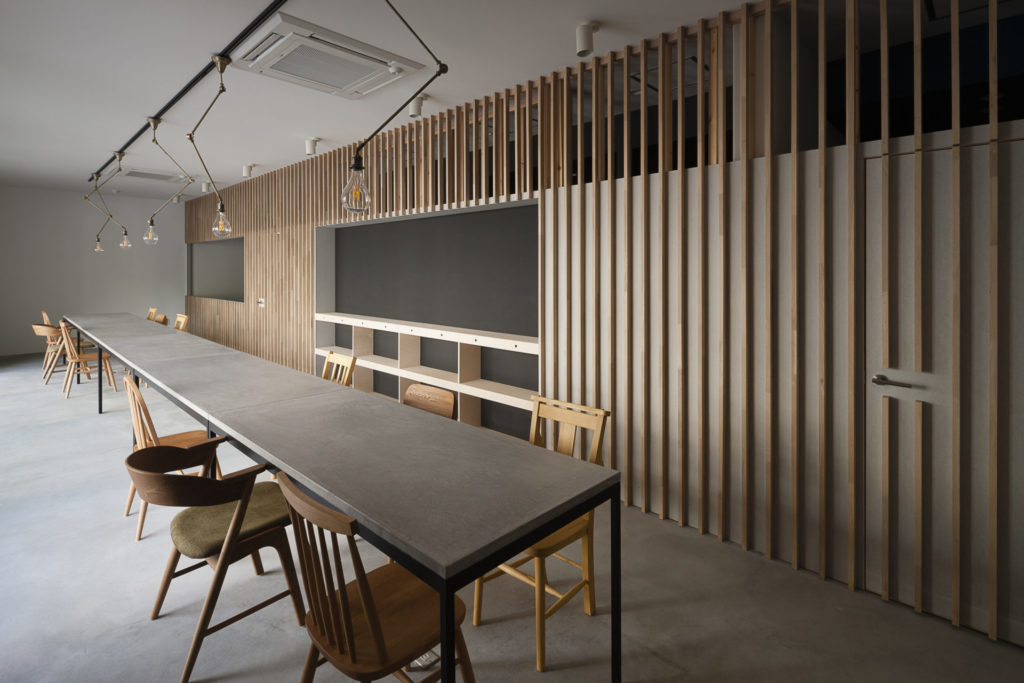 It is a real estate company office’s interior design as small as 75 square meter space. The office is located on the first floor of a building, but far side of the street. How to create an easy-to-enter atmosphere was a problem. And we found through meeting clients, what was sought was not just a place for buying and selling real estate, but a place to make an attractive city.

So we decided not to design the interior according to the office’s functional demands, but to consider how far we could expand the outside atmosphere. We observed around and got important suggestions from the space under the eaves of the building. It was an in-between space for cities and buildings.

Our proposal is to create another exterior wall in the interior space. As if exterior wall was set back from facade, it was battened to resemble the exterior wall finish. This wall standing in parallel with the eaves space invites people to the inside. It is like a continuation under the eaves.

A 9m long mortar finished table was placed in front of the wall. This table is used not only for meetings but also for display of recommended articles and for workshops. It’s so long that it’s a place with a public atmosphere where you can coexist comfortably even if you do something else on the other side of the table.